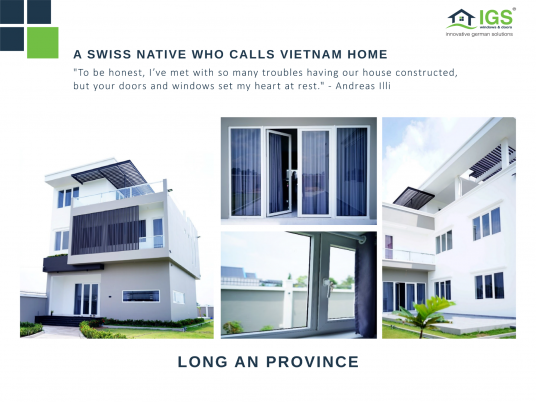 “Your products set my heart at rest.” Read this article to get to know why Andreas Illi said so about IGS.

The author recounts an encounter with a client. It has always been a great source of inspiration and motivation for her in the workplace and provided a deep insight into the client's hearts and minds whenever the author is reminded of it. Putting ourselves into the clients' shoes and listening to what they have to say wholeheartedly, we've made it our priority to give them our best solutions - which are sustainable and long-term values that are at the core of IGS's mission.

Fate brought Andreas Illi, a middle-aged Swiss-born computer engineer, to his other half, a Vietnamese native in Long An. As he listened to his calling, he left his life and career behind in his homeland and built his home away from home in the S-shaped country. End of 2017 when the design of his new house was taking its shape, Andreas had found it challenging finding building materials that met his expectation for European quality and functionality standards. After doing research on the Internet, Andreas had rang IGS up to get to know more about the company’s window and door solutions.

From day one, we worked on the home floor plans and designs provided by his building contractor - rough sketches of the house, and doors and windows that were bulk-designed and manufactured based on local consumer habits, i.e. basic sliding doors and outward, top-hinged windows. Andreas described to us in details the kind of doors and windows he expected to have in his future home, which were not at all like what his local contractor was capable of providing: He sought out a system of doors and windows that never compromises on security, durability, soundproof, and thermal insulation - the kind of doors and windows that has tilt-and-turn function favored by home-owners living in European countries, especially Switzerland, Germany, and Austria,... over the past few years. Tilt-and-turn function combines the best of both worlds: It can be turned 180-degree inward and tilted downward for maximized burglarproof home safety, as well as air cross-ventilation. 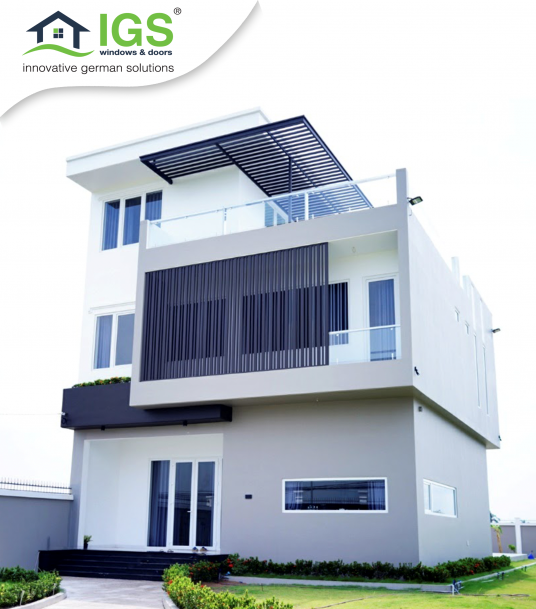 Equipped with a wealth of knowledge and practical experience working with European windows and doors, IGS team immediately set about the tasks of inspecting the house plans where doors and windows situated, and the overall building designs—especially house columns, housefront, and other existing structure elements that carried gravity loads. We also inspected the lot where the house sat on in relation to the sun, wind and surrounding topography and suggested custom designs and solutions after taking into consideration our client’s expectations, as well as the harmony between functionalities and aesthetic composition of each door or window with its overall exterior and interior designs.

It was such a rewarding experience working with Andreas. Perhaps being a computer engineer on top of Andreas’ signature Swiss personality and mindset allowed him to know exactly what he wanted and explained to us in details what he needed for the house, unhesitantly putting on the table all of a typical window’s possible weaknesses that he was afraid would be doing harm to the house. In terms of home security and safety, waterproof and tightness, durability, heat insulation, and especially soundproofing, it was still a big question. Andreas was particularly concerned about noise pollution in Saigon: It was actually the reason he decided to settle down in Long An. 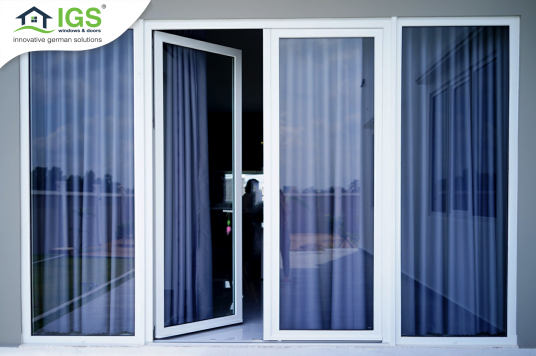 He admitted after they had purchased an apartment in a skyscraper building in District 7, he quickly realized how inconvenient it was living in an apartment compound, especially when they had just welcomed a new born baby. How he wished to live with peace of mind and at one with nature, in a place where his daughter could run and jump and play to her heart’s content and enjoy the best of her childhood years.

He could not stand the idea of living in the hustle and bustle of downtown Saigon, or nearby busy construction sites whose noise could affect their sleep hours and quality of living. Understanding his concerns more than anyone, we examined reported statistics of each and every window and door system available in our product ranges and made suggestions that could best address his soundproofing concern while keeping it within budget.

The construction of Andreas Illi’s villa began late 2017 and finished early 2019 when his family moved in. The villa situated on a 1,000m2 ground: 230m2 of which was designated for the three-storey residential building, the rest was planned for a garden, a garage, a backyard soccer field, and bonsai.

We still remember the day he invited us over for housewarming party, he and I had talked with openness as two friends. He told me the challenges he faced building his home, language and cultural shock, and the disparities in mindsets and quality standards between the two peoples. All of that really got the better of him, putting him through one disappointment after another. But after all he had opened his heart to new things and learned to accept the differences. 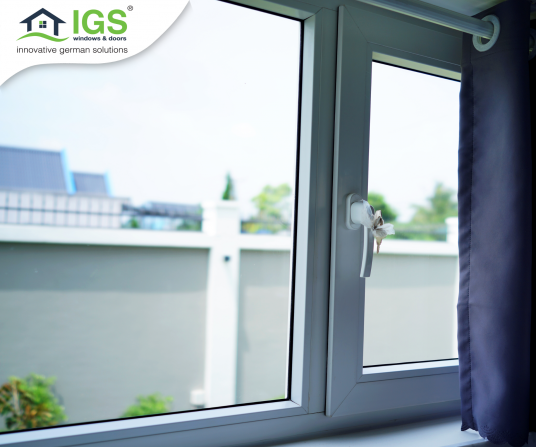 I remember asking him:

“What makes you most disappointed about the house construction?”

“It’s the permissive and even undemanding nature of Vietnamese laborers: They are too flexible that they overlook commitment for quality, appropriate care and attention to details in their own work, which in return affected the end results. For example, when I ordered my kitchen cabinets, I had accepted all the troubles going to their showroom and picked out the model that suited me best. It was actually of great aesthetic and the quality was in a class of its own. But during the assembly, they scratched it and then tried to solve the problem using harmful chemical solutions to wipe it away, which turned the cabinet color into a different shade. I called the customer service in an attempt to get the problem solved but they’ve literally done nothing about it, it really gets on my nerves.”

I totally understand how he must have felt back then and we definitely share the same position. Then I asked:

“What about our windows? Are you happy with our products and service?”

He responded with a smile:

“To be honest, I’ve met with so many troubles having our house constructed, but your doors and windows set my heart at rest. You know, shortly after moving into the house, I realize they’ve mounted public loudspeakers on the electric pole only a few meters away from our home. Every morning they would blast all kinds of noise and music through those speakers. Had it not been for the soundproofing windows from you, I’m more than certain we had to move to another place. You know - I can’t stand noise…” 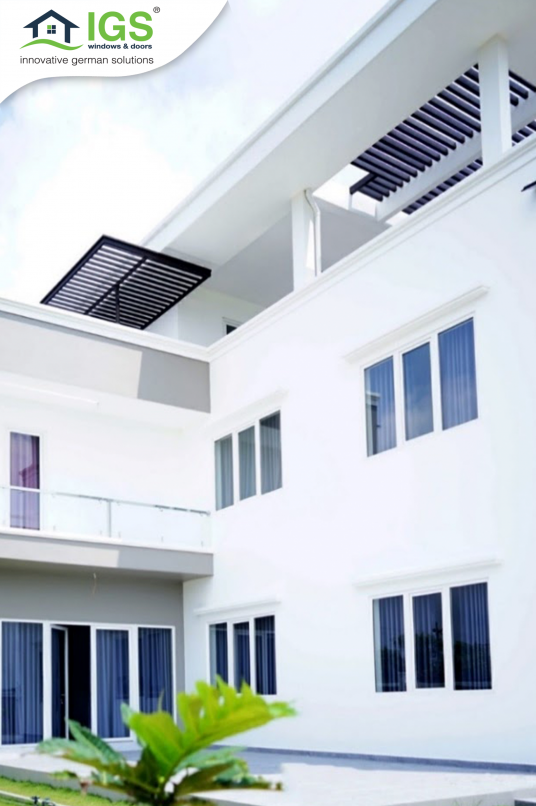 Andreas cued me a parcel on the backyard of his house, saying:

“I used to think of building a swimming pool here but my wife has a soft spot for gardening and cultivating organic vegetables - I do hope those green harvests can really brighten her days up”.

We’ve shared with each other about so many things: our life, our dreams, our wishes and our hardships, challenges faced by a middle-aged foreigner, and a new life journey in a completely strange country. Perhaps the sincere love for his wife and his small family, and his kindness and goodness are what get him through all obstacles and allow him to adapt to living here. 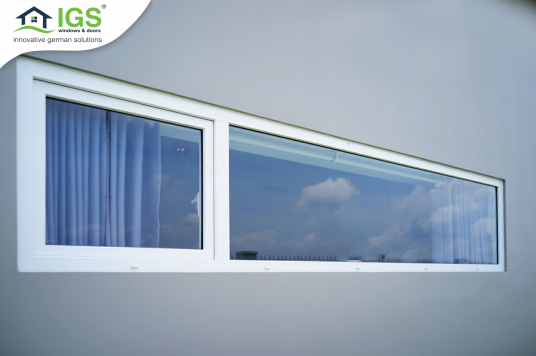 I looked at his family villa as it is enwrapped by luscious paddies and steeped in crisp breezes, seeing the green in the garden that have just shot up in the garden and the flowers which have also started to bloom in bunches, and hearing the sound of birds chirping away in the garden. I can spot a nest being built on top of a tree nearby, and beyond that on the distant horizon, flocks of birds are fluttering in the big open sky. I have this deep-rooted feeling of peace within my heart, rejoicing in their family’s happiness. Deep down inside, I really hope he will call Vietnam home - not only for now, but for good. 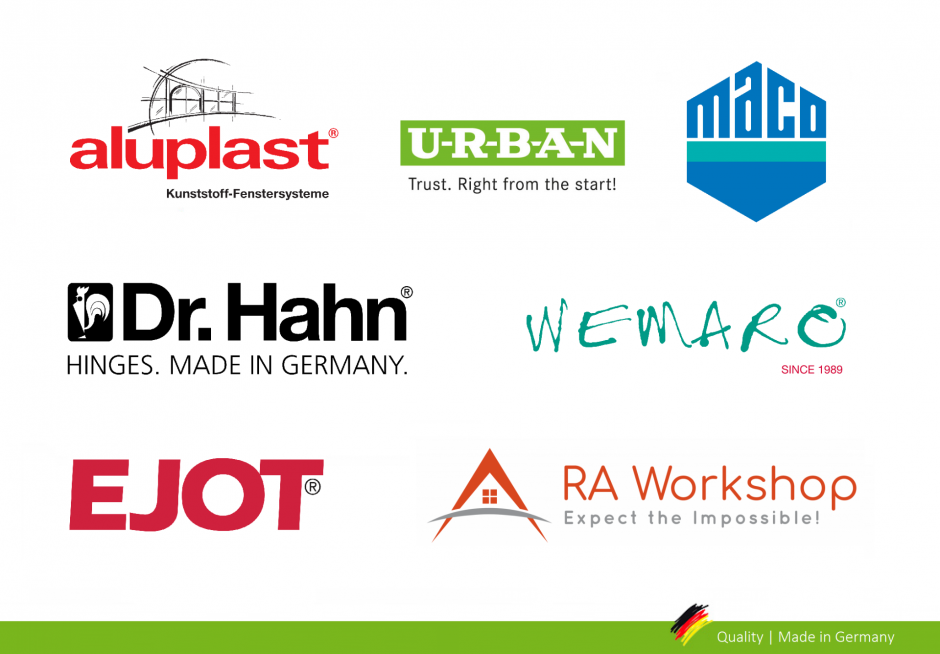